The workhorse of our forces in Short Range Ballistic Missile category for long have been Prithvi III and Agni 1. Both these systems could carry 1000kg warhead at 350km and 1000km+ respectively.

But both these systems had their designs based on technology dating back to 90s. Both the system did receive electronic upgrades in guidance systems but it wasn’t enough. Therefore in 2015 and 2016 came two programs. PRALAY SSM and Agni 1P SSM.

The aim is to have a SRBM capability to carry a 1000kg conventional warhead from 200km to upto 350 km. In nuclear roles , it can carry smaller 100-250kn devices upto more than 550 kilometres with very high accuracy.

It will be based on the PDV Anti Ballistic Missile, so we can expect it to have quite a lot of new technologies.

Coming to its status, the project was sanctioned in 2015. It was then estimated that initial testings would be done by 2020. But with the covid pandemic, the development might have been slowed down. But we can expect the first test either by March or after the monsoon of 2021. There after we expect to see upto 5-6 launches in different modes with different kinds of warhead over a three to four year period, after which it should go into production by 2024 end.

Don’t go on its name. It’s a totally different and new missile and has nothing to do with original Agni 1. It will feature motor and guidance technologies developed for our SLBM and Agni4/5 programs.

It will supplement the PRALAY SSM in carrying a ton of warhead. The range is to be between 300 to 750 kilometres. Unlike Agni 1, it will be a twin stage missile. The Agni 1P is to be the prime weapon for Army to use as a nuclear delivery system and therefore it’s development is much more shrouded. But we expect that by 2024 it will be in user trials stage.

There is also a program to rebuild older Prithvi 1/2 missiles with newer motors and computer systems. These systems can also be deployed for conventional roles within IA and IAF.

All in all the first half of 2030s will see Pralay SSM, Agni 1P , Agni VI, and K5 first tests. There can also be a newer missile or a scaled down Agni 4 with MIRVs for shorter range in MRBM category. 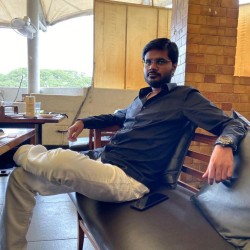