How does the Beriev A50 AWACS operated by IAF compare in quality, performance and capability to Chinese AWACS and E3 Sentry operated by USAF? Is there anyone who has flown each one and can compare them as platforms?~Debashish Nayak

Also known as the Phalcon Airborne Warning, Control and Command system of Indian Airforce is a marriage of Western and Russian systems. The base is a modified Il-76 airframe with improved PS-90A engines and improvements in cockpit design over the standard A-50 (modified Il-76 used by RuAF). But instead of using Russian radar, IAF opted for Israeli EL/W-2090 radars. A total of 3 such aircrafts were bought and are operated by No-50 squadron of IAF. And IAF has been trying to buy 2 more since last decade.

Comparing it first to the Chinese counterpart the KJ-2000, are the engines and the radar. Its interesting to note that before developing the Kj-2000, China too was trying to import the Israeli solution. Like the Phalcon system of IAF, KJ-2000 too is based on a modified Il-76 airframe albeit without the improved PS-90A engines. The cockpit is modified and improved with Chinese domestic components. The second important difference is the radar being of Chinese origin from NRIET.

Coming to the performance, the EL/W-2090 comes from a proven family of airborne surveillance radars and has superior operation capabilities to operate in clustered conflict airspace with greater accuracy. The advanced PS-90A engine also gives better and safer operation results.

The Chinese have the advantage in having better availability rates as they do not have to work with both western and Russian components. After the sanctions on Russia, it has become even more difficult and costly for IAF to maintain these aircrafts.

The most prolific AEW&C aircrafts of all time has to be the E-3 Sentry of USA. Based on the Boeing 707 airframe and housing the APY-1/2 has been used across conflict zones for decades now. They are proven systems with some of the most advanced capabilities. The EL/W-2090 may outperform the APY1/2 radar system, but the E-3 as a whole system is second to none in the world today. The aircrafts have been heavily upgraded and will remain in service beyond 2035 and will remain the best till then. Larger numbers, proven airframe and radar means the lackings of PESA design is more than compensated.

Being based on the 707 platform, the E-3 is surely easier to fly with better overall flight characteristics. The IL76 platform has the advantage of being able to operate from poor runway conditions.

High costs of the Il76 airframe, sanctions on Russia and integration difficulties are the reason why the follow-on order for 2 more such aircrafts are stuck for the IAF. 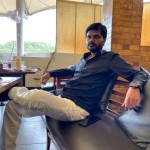